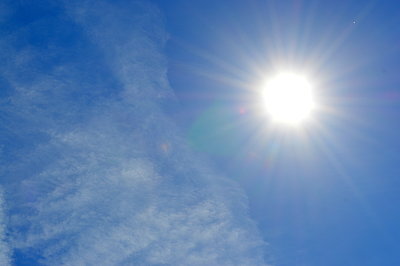 In this study, we have improved the spatial coverage of global SAT data by reconstructing the Arctic SAT based on up-to-date global SAT data and Arctic SAT data. Note that the employed DINEOF approach is able to fill the missing data before 1979 and after 2004 when IABP/POLES data are not available, by using not only the surrounded observations but also IABP/POLES data available from 1979-2004. That means the reconstruction with DINEOF is constrained by available observations spatially and temporally. This is the unique feature that the Kriging method does not have. The reconstruction captures well the recently accelerated warming in the Arctic and suggests that the global warming has continued, particularly for the period 1998-2012. This also helps clarify the on-going debate on changes in global warming rates, and indicates that the amplified Arctic warming has contributed to the continual global warming, instead of a 'hiatus'.

The study here further indicates the importance of continuing and even enhancing current efforts to improve the spatial and temporal coverage of Arctic observations and reduce observational and data processing biases, which are not only crucial for monitoring, assessing and predicting/projecting Arctic regional but also global climate change. The most recently launched World Meteorological Organization's (WMO) Polar Prediction Project aims at coordinating international efforts to improve polar observing systems, including an increase in the frequency of pan-Arctic radiosonde observations and the number of buoy deployments in the Arctic Ocean. These coordinated field campaigns would not only help understand predictability and improve predictive ability of Arctic weather and short-term climate, but also lay valuable groundwork for developing a sustainable observational network for more accurately and systematically measuring Arctic climate state and changes.